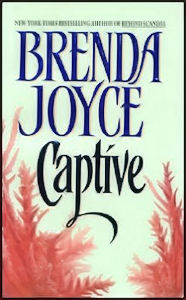 The haunting song of a distant era calls the beautiful graduate student to her subject, the enigmatic Captain Blackwell.

Across the centuries, she is drawn by an inexplicable passion into the realm of mystery and danger- to be imprisoned in an opulent world of harem intrigue and sensuous slavery.

And now Blackwell is with her- patriot, privateer, and heroic commander of the U.S. merchantman the Pearl- the dream, the desire made achingly real. Imperiled captives of fate, they are united by a power far greater than time—and by a passion that could destroy them both… or forever change the course of history.

“Holds you enthralled with it’s magnificence. Put this one at the top of your list… Blissful reading!”
— Rendezvous

The Pearl was captured by Barbary corsairs in the early summer of 1803. Both captain and crew were taken into captivity. Acting heroically, at great personal risk, Captain Xavier Blackwell, with two of his most trusted crew members, Jake Tubbs and Patrick O’Brien, managed to slip back aboard her and destroy her before she could be delivered to Tripoli and used against American navel forces stationed in the Mediterranean. Blackwell, the heir to Blackwell Shipping, was executed in July of 1804 upon the personal orders of the bashaw. The crew were ransomed and released in the fall of 1805 for thirty thousand dollars.

Alex was shaking. She could hear the explosion, could see the beautiful vessel erupting in splinters of wood and swaths of sail from the deep blue sea, aflame. She could hear the angry cries of the corsairs—and she could see the captain, watching, perhaps in manacles, at once heartbroken by the loss of such a gallant ship and triumphant at having denied the corsairs such a prize.

Suddenly Alex felt eyes upon her. She looked up and cried out.

There on the wall facing the small replica of the Pearl was a portrait of s striking, dark-haired man in clothes from the same period. Alex was immobilized.

Finally she began to breathe. She moved closer, her gaze riveted to his. The nameplate beneath the portrait read Xavier Blackwell.

Her heart raced. Alex wet her very dry lips. She stared at Blackwell, drinking the sight of him.

God, he was a magnificent man.

He stood with his back to a vessel under construction and in dry dock. He appeared to be very tall perhaps six foot two. And he was both broad shouldered and narrow hipped. He stood in a seaman’s stance, his long legs braced hard apart as if on the deck of a rolling ship. He wore the clothing of his era, white shirt, a grey waistcoat, and an open red frock coat. He was wearing tan knee breaches, pale stockings, and black shoes with silver buckles. He was hatless, his hair dark and pulled back in a queue. His face was mesmerizing, harsh in its planes, but high cheek boned, his nose patrician, his jaw strong and broad. Yet it was his eyes that held her spellbound.

They were black, and they burned with stunning intensity. They seemed to be staring directly at her, as if he were alive a flesh-and-blood man, instead of many layers of pigment and paint, a superficial rendering. And he was unsmiling. Alex knew he hated standing for this portrait. She could almost feel his restless spirit surrounding her—dear God.

Alex could not move. She could not look away, either. It really felt as if the eyes in the portrait were real, as if they bored into her with deliberate intent—with the intention of communicating to her.

Which was utter nonsense.

Still paralysed, Alex could hear herself whisper, “Are you here?”

The room was silent.

Had he been present last night of Blackwell House? She wondered. She was almost certain that he had felt something—or someone—then.

Alex managed to tear her gaze away from the portrait and she looked carefully around. The drapes did not move. Dust motes sparkled in the air. Outside, there was a small back garden, mostly dirt and sand, and the sun was shining brightly through the trees.

Alex hugged herself, and found herself creeping closer to the portrait. Staring up at Blackwell, she was stricken with a sudden, intense earning. Imagine meeting, knowing, loving such a man. She had only to look at him to know that he was a man of courage and conviction. A real nineteenth-century hero; a man to admire for all time.

But he had died way before his time. Alex felt a wave of grief sweeping over her as she thought about how unjust his execution was. Why had the bashaw of Tripoli condemned him to death while his crew were ransomed and freed?