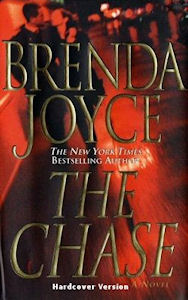 Claire Hayden has no idea that her world is about to be shattered. At the conclusion of her husband’s fortieth birthday party, he is found murdered. He has no enemies. He has committed no crimes. He has no shady past. Or, at least that’s what Claire thinks…

Claire’s search for information leads her to the mysterious Ian Marshall, a stranger who first appeared in her life on the night of her husband’s death; a stranger who appears to be involved. Someone has been killing this way for decades. Someone who will do anything to make certain no one finds out. The mystery brings them from San Francisco, to New York, to London, and to a tangled web of secrets, family intrigue, and a jealous heir whose murderous impulses don’t stop with the first killing. Is Claire unknowingly connected to the killer? Does Ian Marshall know more than he can say? And Ian proves himself to be a dangerous man: dangerous to Claire’s mind, heart, and emotions. As Claire and Ian team up to track down the killer, they make a terrifying discovery: The killer may be someone very close to Claire-and Claire may be next…

New York Times bestselling author Brenda Joyce delivers her most breathtaking, suspenseful, and romantic novel yet-the story of one woman whose perfect life comes to an end when she is caught up in the chase for a brilliant and cold-blooded killer…

“Joyce skillfully weaves together past and present to create an amazing story of intrigue, wartime passion, and thrilling twists and turns.”
—Publishers Weekly

“Well-written…the plot has so many twists and turns and surprises you won’t be able to put it down until the last page…a very enjoyable suspense novel.”
—Sullivan County Democrat

“A riveting read. Powerful and dynamic…a book not to be missed.”
—Romantic Times

Claire had just stepped out of the wall-to-wall beige marble shower when she heard the bedroom door open and close. “David?”

“Yeah, it’s me,” he said from the master bedroom.

Claire tensed even more. There had been nothing warm in his tone, just exhaustion and maybe a hint of irritation.

Refusing to get alarmed, Claire wrapped herself in a big towel and stepped into the room. It boasted high ceilings and views of the bay and The entire bedroom was done in shades of white, the fabrics each even the sofa in the sitting area was a white-on-white The mantel over the fireplace was white marble streaked with and one of Claire’s favorite paintings in the world hung over the Le Reveil, featuring the nude Venus reclining while Psychee stood over her, parakeet in hand.

A week ago the painting had arrived at their doorstep, stunning her. Instantly Claire had called her father, once a professor of art and now a world-renowned art dealer, to find out why on earth he had sent them the masterpiece. Jean-Leon had told her that it was a present and he wanted her to enjoy the painting.

His explanation made little sense. The Courbet was worth tens of millions and Jean-Leon was passionate about art, especially his own collection, which he had begun in earnest with Claire’s mother early in their marriage. .Claire’s mother, Cynthia Asch, had inherited a sizable fortune, enabling her husband to start a gallery and collection. The Asch family had made their fortune in real estate in the booming years of the sixties.

The gesture of the gift had to mean something, Claire had thought but her father was a hard man to understand. She still did not understand why he had sent her the painting, although David had suggested it had to do with his age, and he was merely getting his estate in order.

Claire watched David now, her heart skipping-for there was a garment bag on the bed. David was placing suits, shirts, and other clothing in it. Claire stared. “Where are you going?” she asked quietly.

He did not even glance at her. “I have to be at a meeting in New York tomorrow. I have an eight A.M. out of here.”

Tomorrow was Friday. Not only was he leaving for the weekend-which was unusual though not unheard of-but it would be impossible for him to really enjoy the party, since he would have to get up at the crack of dawn. “Sounds like an emergency;’ Claire said, hoping to sound calm. The last thing she wanted him to see was her anger, but inside, she was suddenly furious.

Didn’t he care about all the effort she was making on his behalf? Didn’t he care about them? And what was happening to her? Of all days for her to become unglued, today was the worst possible day. Claire did not have a temper. It served no one, much less herself.

“It’s not. Been planned for a few weeks, actually. I guess I forgot to mention it.”

He had forgotten to mention that he was spending the weekend of his birthday in New York City. Claire remained very still, trying hard not to be angry, and wondering, not for the first time, if he had a girlfriend. Was it only a few years ago that he would have asked her to come with him? How many times had they booked a five-star hotel like the Plaza or the Carlisle, made love all night, and taken in a show, all jammed between David’s meetings?

But she would not have wanted to join him in New York even if he had invited her. She had too much to do that weekend herself. In fact, she did not even enjoy his company anymore. The realization was stunning.

David finished packing and folded the garment bag in half, zipping it closed. “1 think I’m going to close my eyes for a half hour before I get dressed;’ he said, walking past her while stripping off his tie.

It crossed Claire’s mind that he hadn’t looked at her, not even once. She thought about their argument. It had been eating at her all day. Something he had said was bothering her, but she could not pinpoint what it was.

He was in the dressing room. Claire walked in after him, managing a bright smile. As she stood behind him while he slid off his blue and white button-down, she glimpsed herself in the mirror over the vanity. She looked half her age-Iike a teenager, not like the glamorous and professional wife of a brilliant corporate lawyer.

The smiling woman in the mirror seemed so calm and composed. She did not look frightened.

But she was frightened.

Claire turned away. “David? Let’s talk.” She could hear how tense her own voice was. That would not do, and she coughed to clear her throat.

“Now!” Incredulous, David faced her in nothing but his briefs.

Claire glanced at him. He was a very attractive man, with hazel eyes and thick, dark hair, and he worked out and ate well, so his body was lean. Other women looked at him whenever they went out. David had briefly modeled for extra money while in college. He could still model. If he wanted to play around, he would have no trouble doing so. “I’m sorry we fought this morning, and I’m even sorrier I didn’t ask you first whether you wanted a big birthday party;’ Claire tried with a small smile. A part of her was appalled that she was the one to be the peacemaker when she hadn’t done anything wrong. He should be apologizing to her for his boorish behavior.

“I don’t want to get into this right now. It’s going to be a long night.”

Claire stiffened even more, but when she spoke, she made herself sound unruffled. “Wait a minute. Will you accept my apology? I am genuinely sorry we fought. Aren’t you sorry, too?”

He stared at her. “Of course I don’t want to fight with you. Claire, I have had a fucking rotten day;’ he said, moving to the sink. He ran water and splashed his face.

Claire was faced with the sight of his black cotton briefs stretching over his hard buttocks. She felt no stab of physical desire. It occurred to her that they needed to make love. When was the last time that they had done so, anyway? “It seems like every day has been rotten these past few weeks;’ she heard herself say.

He straightened abruptly, regarding her in the mirror, which covered the entire wall. “What’s that supposed to mean!”

She bit her lip. “Things have changed, haven’t they? I don’t think we’ve made love in months. Do you remember when we made love four or five times a week?”

He turned to face her. “That was eight or nine years ago!”

Had it been that long ago? “We don’t talk anymore, David;’ she said softly, sadly.”

Claire felt another stab, this one of panic. Was this it, then?